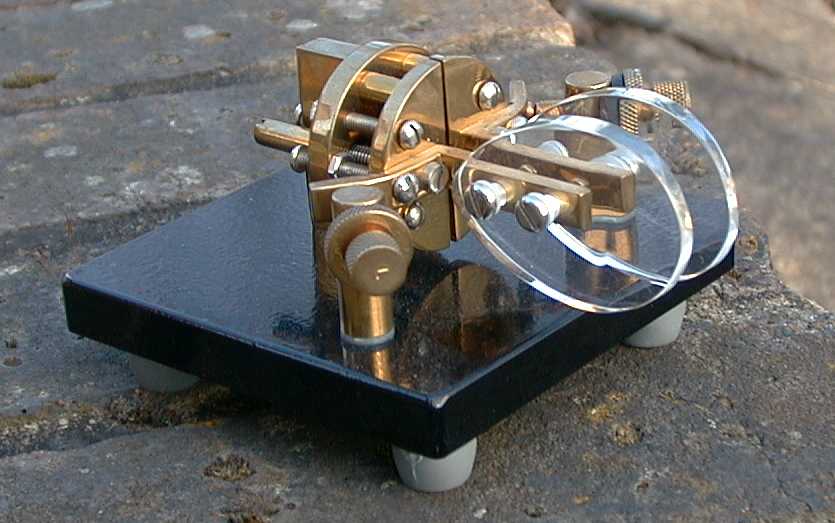 Just before I was first licenced in 1988, I visited my parents one long weekend and took with me my Datong D90 morse tutor and a key to keep up my daily practice as I was fast approaching my test time. During a 30-minute practice session one day over that weekend, my (now late) father came in and said something like "that's nice CW" and asked if he could have a go himself. A little surprised, and not knowing quite what to expect, I let him sit down at the desk and have a go. . . . . and he started to send the most amazing CW I had heard. Smooth and fast. He then revealed that he used to be a Class 1 telegraphist before and during WW II. So clearly, it is in my blood, literally.

Like many, my father was in Singapore when it fell, and he was captured and spent most of WW II as a POW, being forced to help in the building of a supply railway and the real bridge over the River Kwai (amongst others) in Siam, what is now Thailand. He was kept prisoner in an old monastary that the Japanese had converted into a POW camp when not actually working. The rations and conditions were appalling as you can probably imagine. Many of his colleagues and friends never made it out of there and he rarely spoke of it as it evoked so many bad memories for many a long year. I did attend a talk he gave on it all once, hence now being able to write this account. I have also inheritied his notes, and artifacts.

As the R.O. (radio officer) in the POW camp, he used to regularly get out through a tunnel the POW's had dug, ably assisted by a young 16 year old Siamese (now Thai) girl. She kept the radio receiver and my father used to tune in and listen to the news, then convey it back to the other POW's upon his return to the camp. Needless to say had either of them been caught, it would have been certain death.

One night, he returned with the news of what is now known as VJ day - and the Commanding Officer (C.O.) of the POW's in the camp made the decision that they had limited time to escape as their captors would eventually hear of this event themselves, and simply execute all the prisioners and fade away into the local surrounding area and try to blend in.

A plan was made and he eventually escaped his captors with a good many other POW's from the camp and made his way back through allied lines to the north of Burma by train (a converted truck towing a number of open waggons) on the very railway they had been forced to help build, from whence he was repatriated back to the UK.

He weighed just 6½ stone (91 lbs or 41.277 kg) on arrival back in England and carried with him his sole possessions ; a pair of hand-made boxer shorts (his only article of clothing), his home-made chop sticks and a pack of home-made playing cards, which are the artifacts I referred to earlier.

He married my mother not long after his return and re-habilitation and I was born a few years later. He did not return to that monastic site in Thailand until 1991, where he sought out that young girl who had helped him all those years ago, now a 60-something grandmother, and I think he put a few ghosts to rest permanently with that trip. He certainly came home with a lot of photos of the trip, including some of the bridge, and the railway in general, and the adjacent military cemetary. He eventually died in 2004, aged 84, so not a bad innings all things considered you might say.

I was a mature student at Southampton Institute of Higher Education in the late 80's, doing a sea-going radio officer's engineering course at HND level, and part of that course was to learn Morse Code to Maritime Radiocommunications General Certificate (MRGC) standard. That standard proved more than sufficient for me to pass my Amateur Morse Test (CW exam) at 12 words per minute at the same time.

When I passed my CW exam, Dad was chuffed to bits and bought me a lovely solid brass "Kent" straight key as a 'kit' which I had to build very carefully, which which was to become "the station key" ; I used that one key for many years and it was the beginning of my small and very modest collection of morse keys assorted and various. I still have that lovely Kent key, and it is still the station key to this day - however I also recently bought another one - both are shown lower down on this page - have a look and see if you can spot the difference. I still don't know which version is 'the right one' as Kent can't tell me - maybe both are ?

Just after I was licenced in 1988, I was on the bottom end of 40m one day working a chap called Geo (G3ZQS, who had a very nice steady fist) who was located in Darwen, up in a northern part of England some several hundred miles from me, near Southampton at the time, and after we had exchanged the usual infomation and ragchewed in a modest-speed CW QSO, he invited me to join "FISTS", a CW club he was the founder of that was just getting off the ground. The annual fee was very modest he told me, and as I was a student at the time, I had no cash to speak of, but could just about afford to join up if I went without a beer for 2 weeks, so I did. That QSO was the start of a 25-year friendship between us. I still hold that same FISTS membership (# 358) to this day, and I still love the rythmic sound of well sent CW (and teach it to my radio students these days as well).

The following collection of pictures will give you some idea of the keys I have as it stands on the date given at the bottom of this page - the titles / names of the keys (where known) are included both as a picture caption and as a title. I have limited information on many of the keys, and several of them are in need of some time and TLC, but they still form an important part of the collection. Enjoy.

Just in case any of you are wondering, the black matting you can see in many of the following photos on the table is just a non-slip mat I use underneath the keys as a matter of routine these days - stops them wandering off when in use without physically screwing them down to the table. 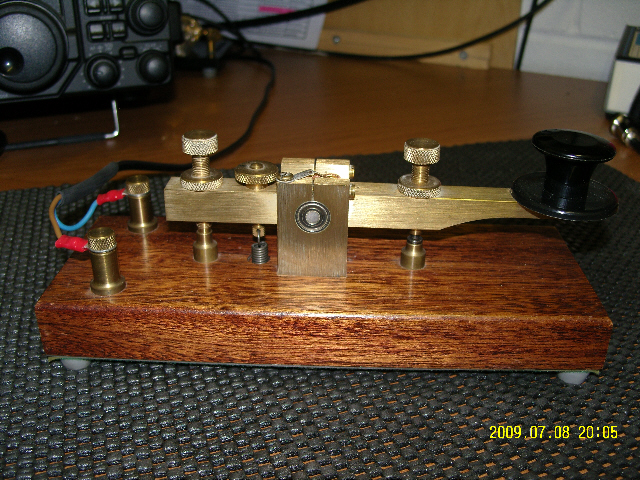 The Station Key, as mentioned above 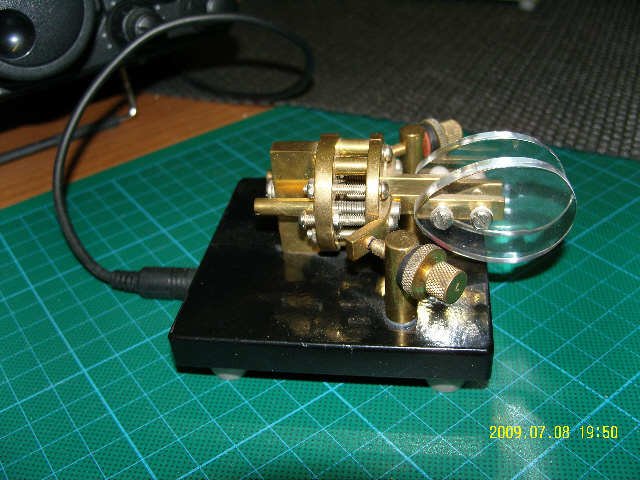 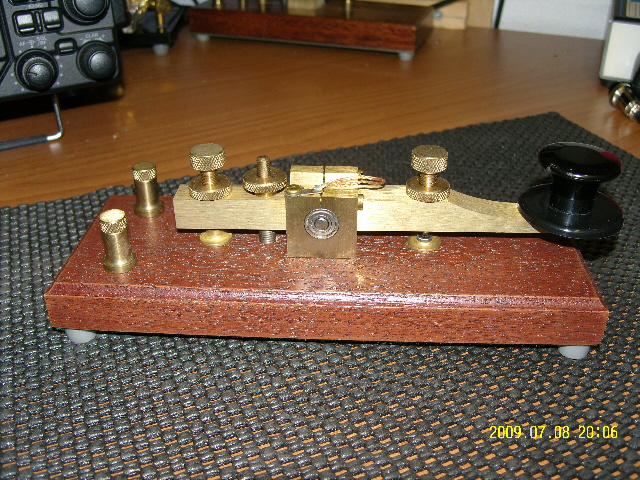 This is the other straight Kent key I mentioned above - can you spot the difference ? 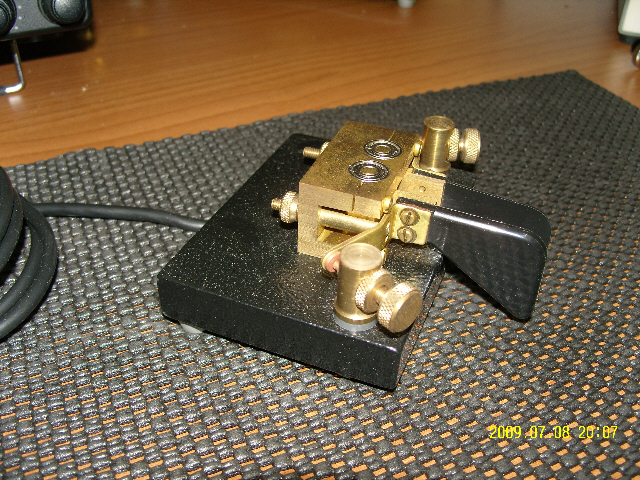 This is the first of many paddles I've owned, a lovely heavy key that simply glides along 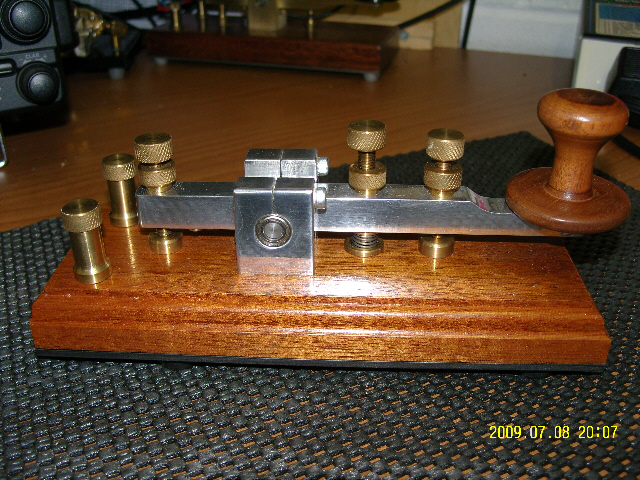 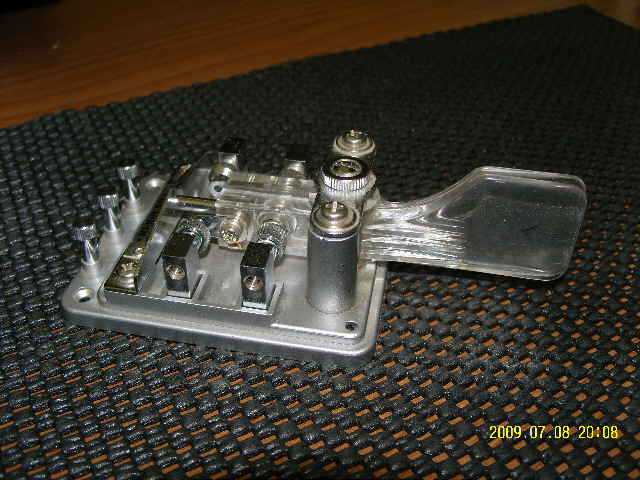 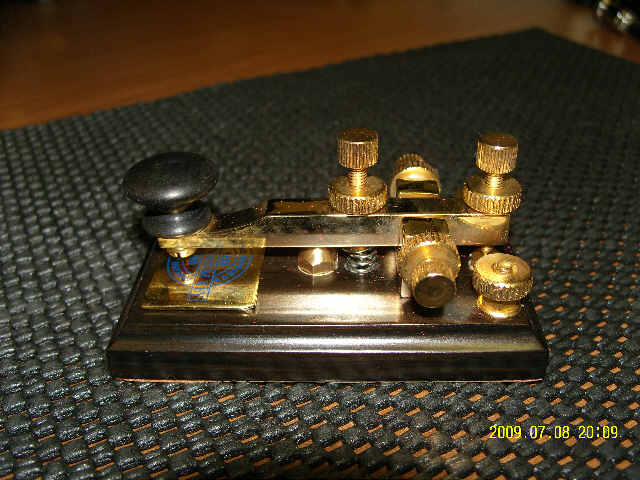 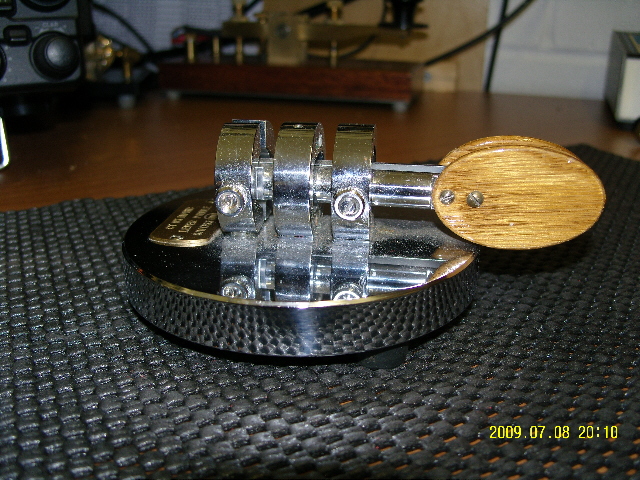 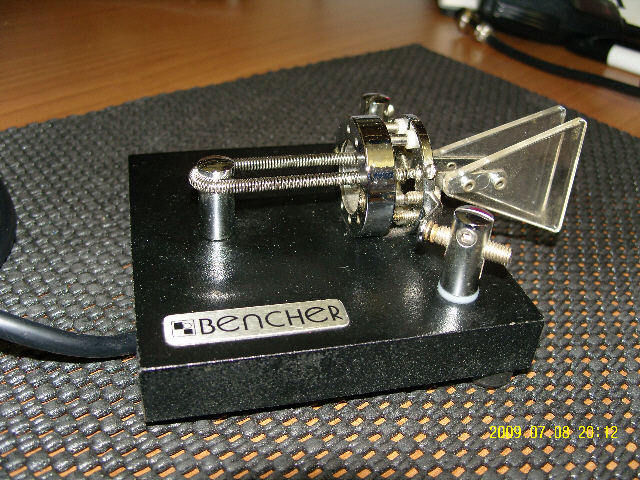 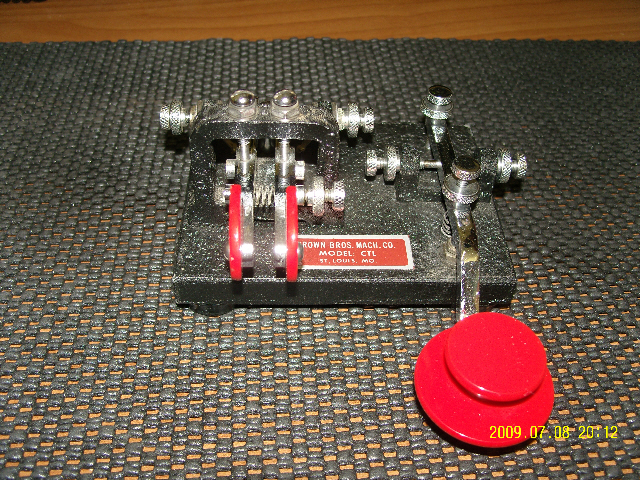 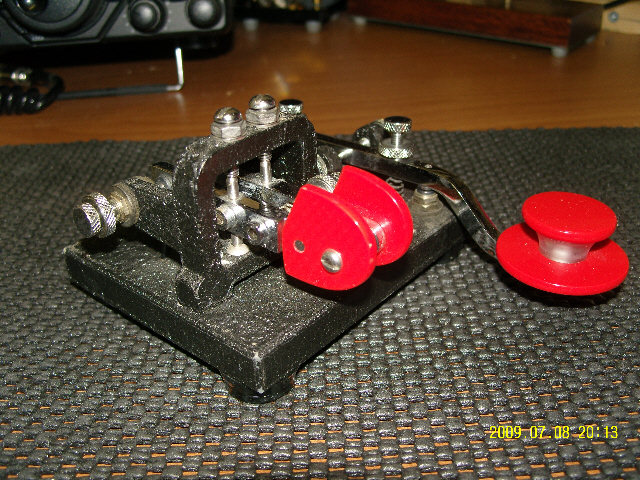 It's the only one of this type I have 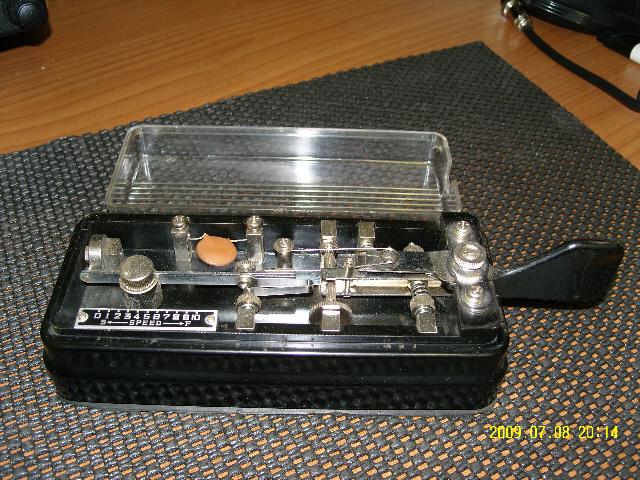 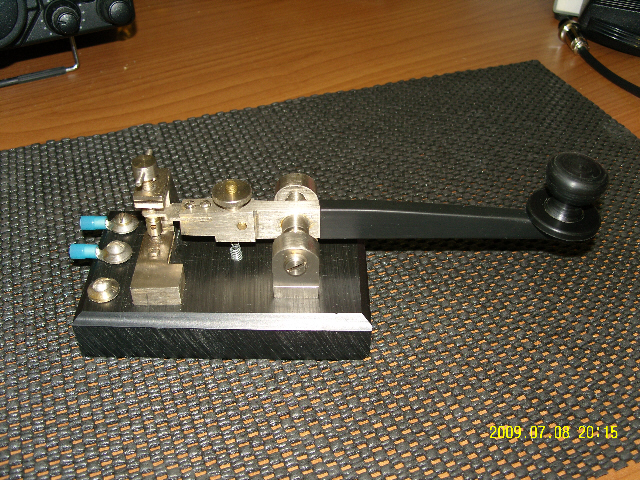 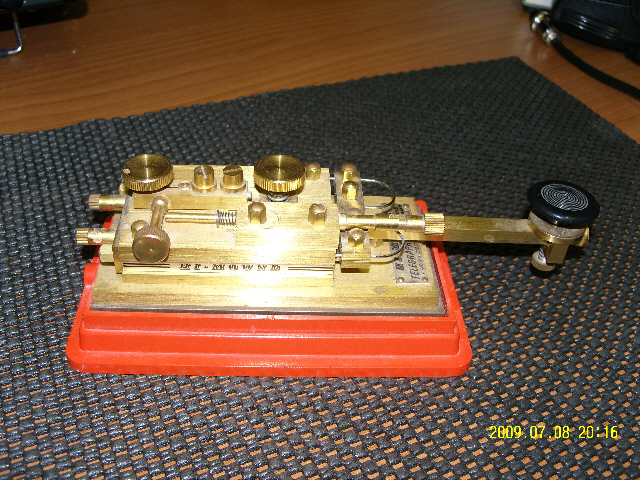 I picked this one up a few years ago from a chap who had given up on CW - I'd seen them in a showroom 15-odd years earlier and thought what a nice key they were, but this one needs some serious TLC, as do several of the following for reasons that will be fairly obvious. . . . . . . 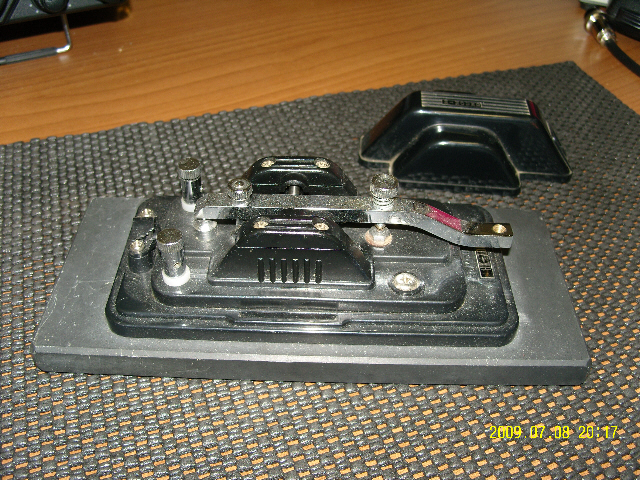 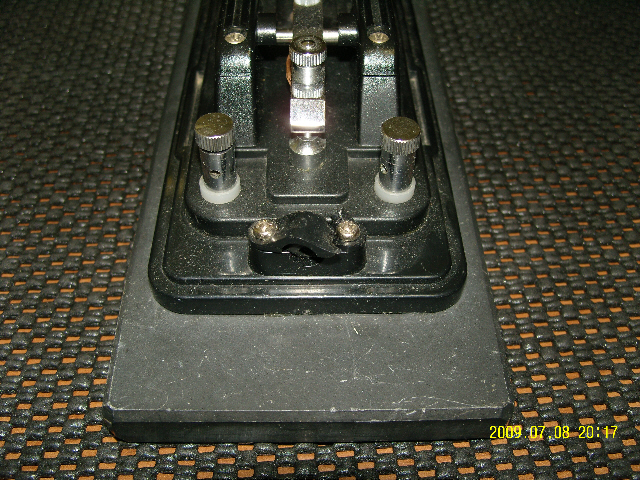 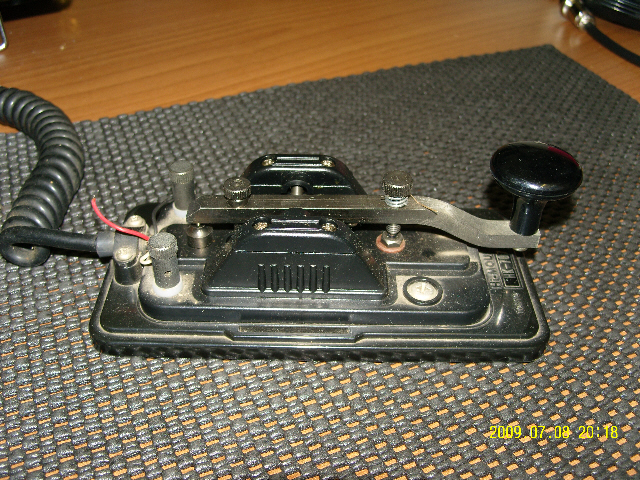 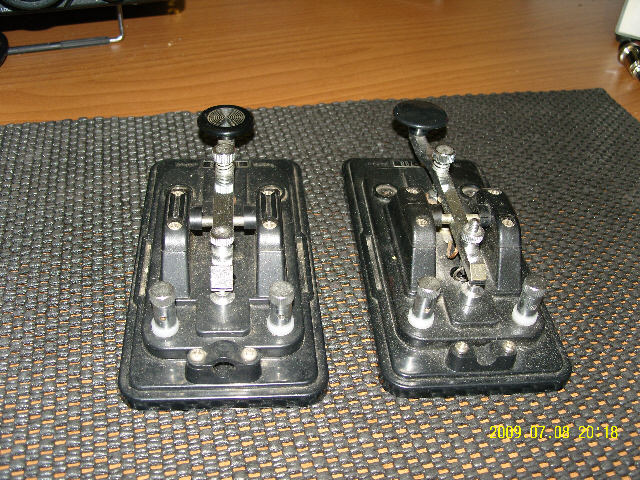 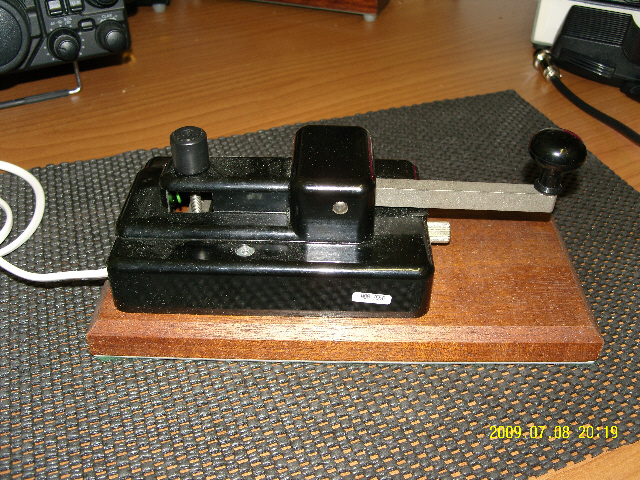 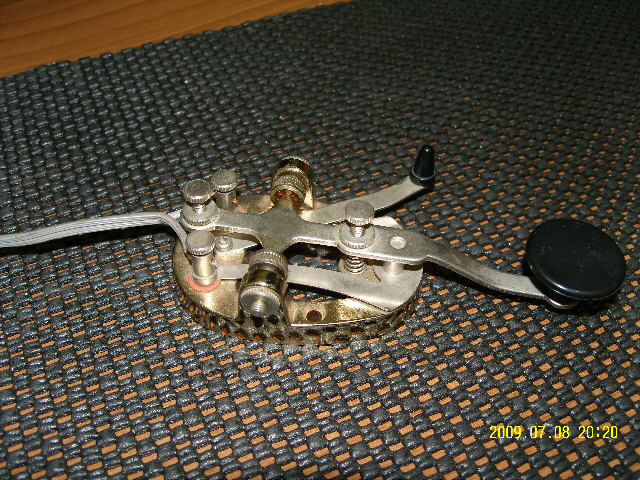 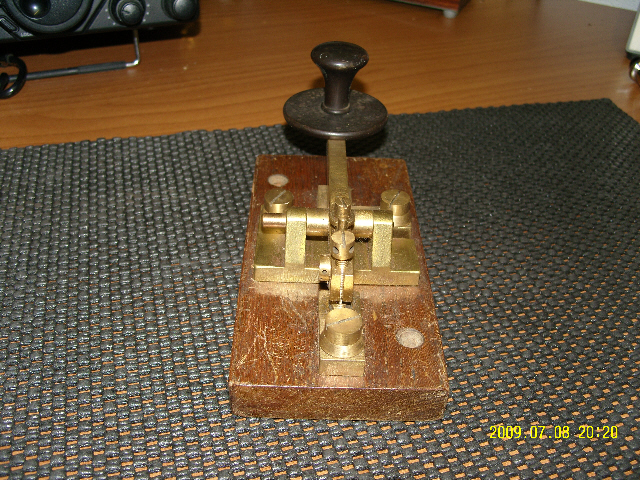 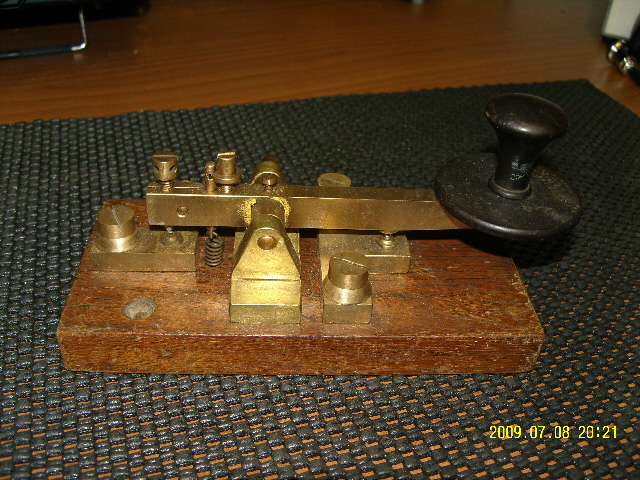 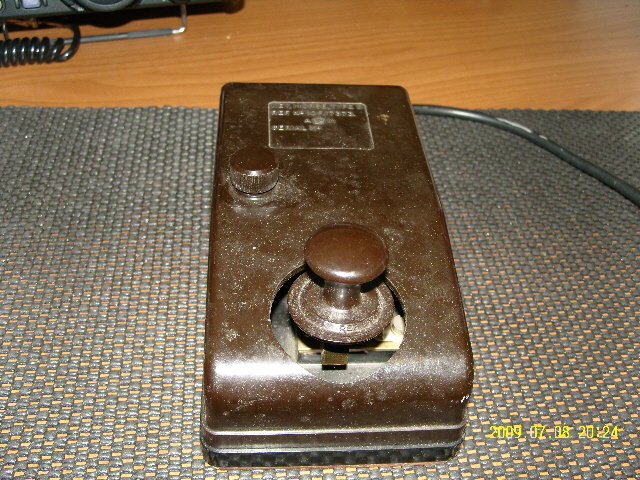 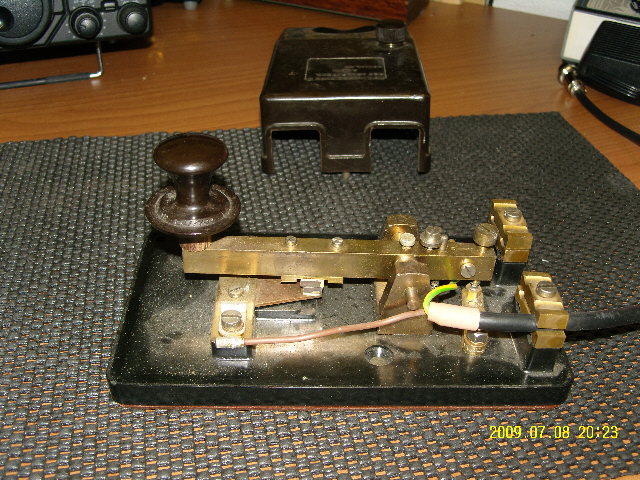 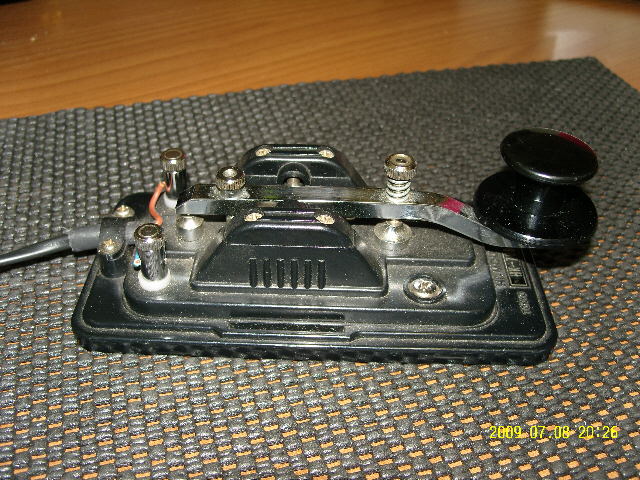 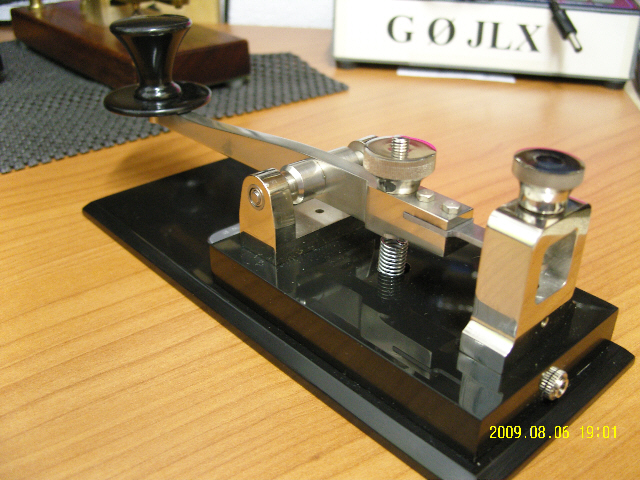